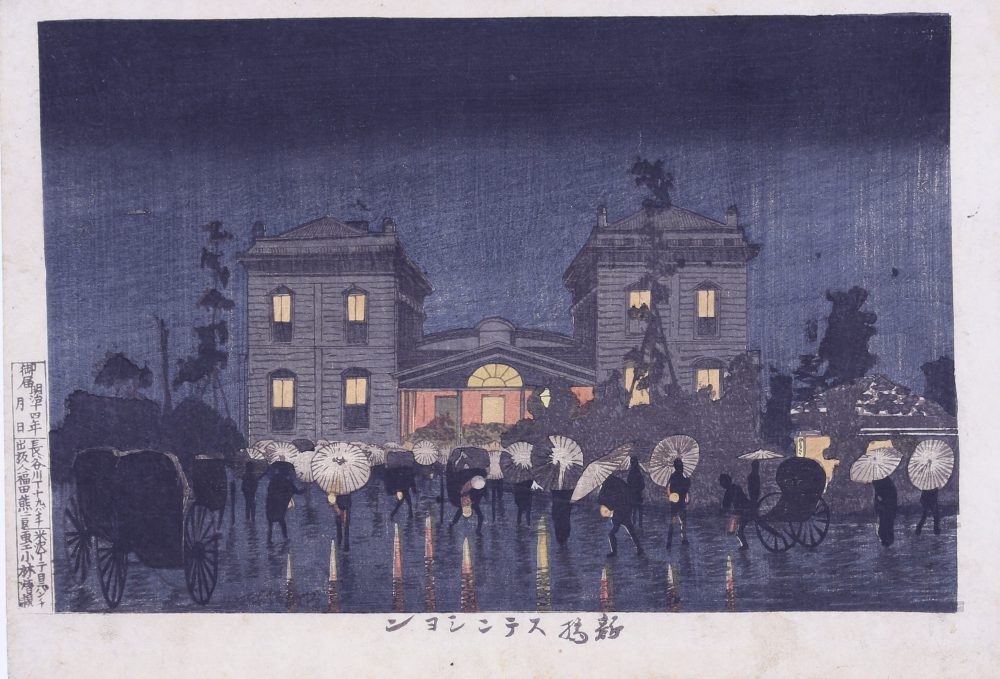 Adults: 500 (450) yen High School, College Students: 300 (270) yen * Fees in parentheses are group rates for 20 or more visitors * Half price for visitors with a physical disability certificate, and half price for one accompanying caregiver

Kobayashi Kiyochika (1847-1915) was an artist who was active at the end of the Edo Period and during the Meiji Period. He left us landscapes which captured light with a new awareness he gained from the West, and these have been called kosen-ga (literally ‘light beam pictures’) . After producing these from 1876 to 1881, he left kosen-ga in the hands of his pupil Inoue Yasuji (1864-1889) and moved on to create caricatures and old-fashioned landscapes reminiscent of the charms of Edo. Following that, Kiyochika completely turned over kosen-ga to his very first pupil Inoue, who received acclaim as the new standard bearer.
Along with following the artwork of Kiyochika, we introduce you to “True Pictures of Famous Places in Tokyo,” the masterpiece by Inoue—in whose talent Kiyochika was so hopeful, but who died so prematurely.

A guided tour of the exhibit in Japanese (requires payment of the below admission fee)
Saturday, June 2, 2018, beginning at 1:30 p.m.
Presented by our curator.